I found out from a friend that the owner of a local night club is an avid fan of old and obscure films, and once a month he shows some of the movies in his collection at the club. My wife and I went last week and saw two one reel zingers - The Preview Murder Mystery & Strangler of the Swamp. Both films were favorites of film historian William K. Everson, who helped preserve lots of these non-mainstream films. Both movies had very cool visuals despite their shoestring budgets and packed a lot of story into an hour or less, but I enjoyed the Strangler the most, just because it felt like a story that might have been in an E.C. comic back in the day.

I'd been wanting to draw something based on it and I finally had some time today during lunch to knock this out: 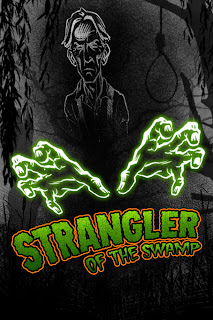 Out with the Old, In with the New

The company I work for was recently bought by Disney and today is officially our first day under the Mouse. I would imagine that we'll have to say goodbye to some of our old characters that aren't quite family friendly, like Stubbs the Zombie: 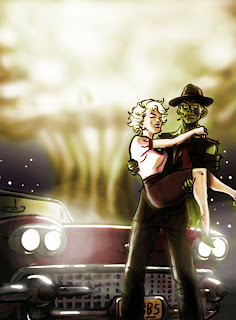 I guess that just means that we'll have to come up with something even better.
Posted by Pav at 8:09 AM No comments:

What Evil Lurks in the Hearts of Men? 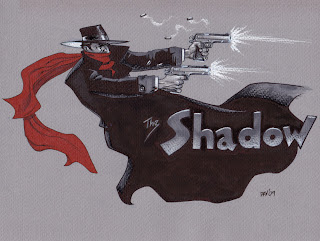