Another quick one - this week's theme, theater: 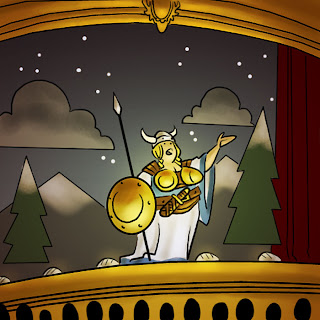 Another quick take at an Illustration Friday challenge - this week's theme was 'impossibility'. 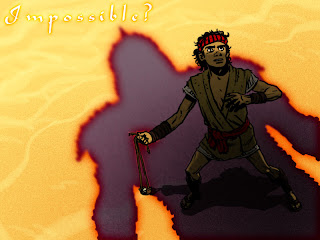 I've always liked the imagery of David vs. Goliath, so I thought I'd run with that.
Posted by Pav at 10:30 PM 1 comment: 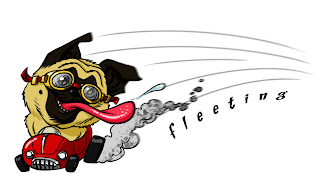 The Good, The Bad and The Freakin' Weird

I'm on my own this weekend, so I've had movies playing while I putz around the house. Yesterday was western day - I watched For a Few Dollars More (a classic), Django (rough around the edges but fun), and El Topo.

El Topo is a 'mystical western' written, directed by and starring Alejandro Jodorowsky. Jodorowsky is a Ukranian who was raised in Chile and is best known for writing French comics. The movie has some interesting visuals, but man is it weird. It starts off with in the fairly standard "man with no name" scenario but quickly goes off the rails and ends up with a cave full of deformed midgets with a lot of flute playing, dead rabbits and old men wearing make-up along the way. Not for the faint of heart: 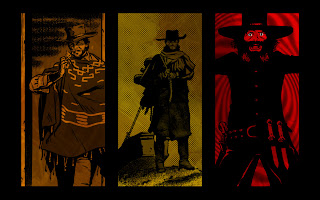 Every once in a while I'll draw something based on sketch challenges I find online, just to mix things up. I just found out about a site that has a weekly challenge, Illustration Friday. It's nice that it's a regular thing and seems to have a lot of participants. I'm dipping my toes in the water with this week's challenge 'talisman'. 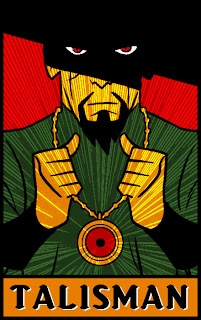 I'm taking the approach of working with the first image that pops in my head based on the theme and then knocking something simple out. Just keep it quick, fun and hopefully better with each passing week.
Posted by Pav at 10:06 PM 7 comments:

It's a long way from Oa to Abiline

I was looking at some art blogs and someone mentioned doing a commission for a collector who always asks for a western take on a superhero. That sounded like an interesting exercise, so I took a crack at the Green Lantern re-imagined as a lawman from the Old West: 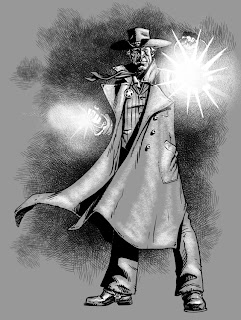 It's no great shakes, but this has been a crazy week and I just needed to turn my brain off and draw for a bit. I really wanted to do this on paper (my inking brush has been calling out to me), but time only allowed a digital drawing.
Posted by Pav at 10:06 PM 2 comments: