Portrait of a Bastard

Still trying to get a handle on this character I've been working on. I'm trying to give him the Romanesque nose, big cheek bones and sullen eyes of Charlton Heston without having to resort to constant use of photo reference. I want him to have that same mix of broad shouldered heroism and haughty indignation that Heston had in his prime: 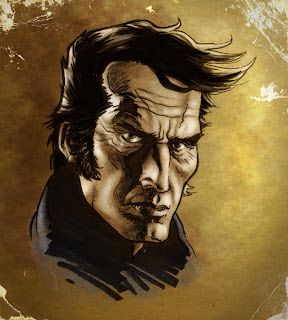 I was actually looking at a photo of Humphrey Bogart for the lighting, but trying to apply it to this face: 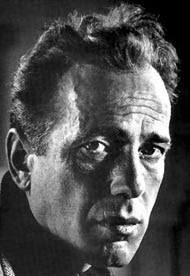 I watched 'The Long Goodbye' over the weekend - a 70's interpretation of Raymond Chandler's last Phillip Marlowe story starring Elliot Gould and directed by Robert Altman. It was a lot different than I expected, more like Fletch and less like Point Blank, which is what I thought it would be like.

Gould did a great job playing Marlowe as though he had just walked out of the Marlboro haze of the 50's into the California hippy culture of the early 70's, but I think Sterling Hayden stole the show as one of his clients - washed up novelist who was one part Ernest Hemmingway, one part Blackbeard the pirate.

Jack Davis (of Mad magazine fame) drew an amazing poster for the movie, so I shouldn't even try to caricature Gould, but what the heck: Another quick concept sketch to get a feel for drawing a period look: 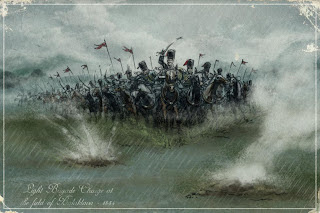 This time, a fake souvenir post card from the Charge of the Light Brigade. Both the British and Russians were over confident in their ability to win the Crimean war quickly, so the upper crust of both nations came to watch the fighting. They would set up picnics up on the hills overlooking the battlefields and snack and drink while watching the carnage down below. Merchants set up shop in nearby villages and sold overpriced supplies and souvenirs to the tourists. It was kind of like a crazy Victorian Lollapalooza while it lasted.
Posted by Pav at 8:31 AM 1 comment:

William Bastard of the 8th Hussars

Lt. Wm. Bastard of the 8th Hussars shortly before the battle of Balaklava, better known as the "Charge of the Light Brigade": 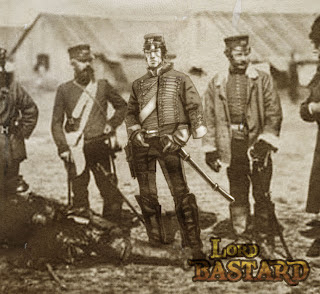 He disappeared during the battle, and no body was ever found.
Posted by Pav at 10:45 PM No comments:

The True Measure of Power

Last year, I started working on a short story, mostly as a writing exercise. Working on it in my free time taught me a few things about doing any future comics work:

1) Although writing the story in prose as opposed to a script felt more natural, the length of the story got away from me. What was supposed to be a 5 page story turned into a 9 page story.

2) Scanning in my thumbnails and doing a rough pass at lettering before I started penciling was probably the smartest thing I did. I was able to refine & edit the text within the actual pages and lay it out so that it worked with the art rather than being dropped in later as an afterthought.

3) Working in the traditional way of penciling, then inking, then coloring isn't going to work for me. It feels like I'm doing the work four times rather than building up all of the elements together. I felt like it was going to take forever and I lost my motivation to work on it.

I'm working on ways to build up a page all at once making the most out of digital short cuts. Maybe it'll work, maybe it won't, but I don't see myself getting much work done otherwise the traditional way, especially something in a longer format, like a graphic novel.

I hate not doing things the 'right' way, but I'm more interested in telling a story at this point than worrying about the original art. I think it'll be more satisfying to have a finished graphic novel on my shelf than a stack of half drawn pages.

This story isn't anything earth shattering - just straight forward action, but I thought it worked out alright, so I'm posting it here in pencil form with the rough lettering added: 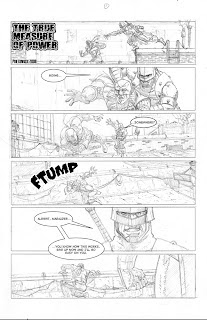 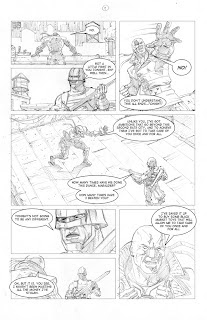 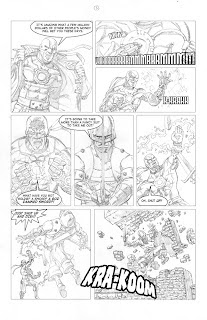 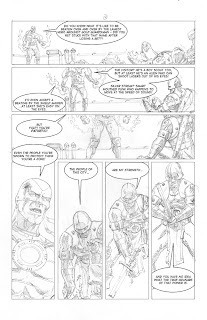 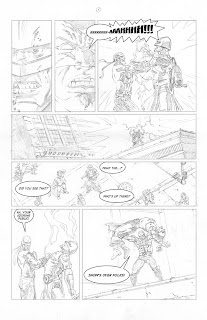 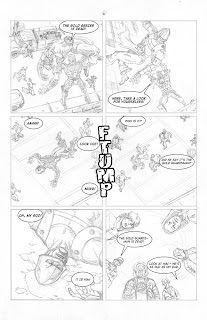 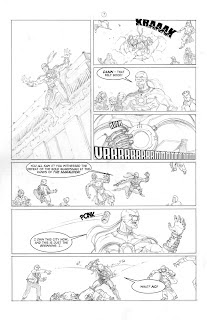 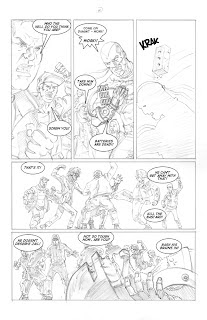 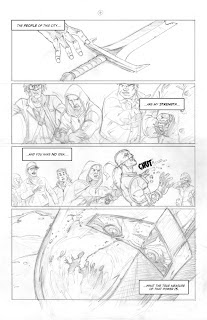 A quick & loose concept sketch after all that Photoshoppery: 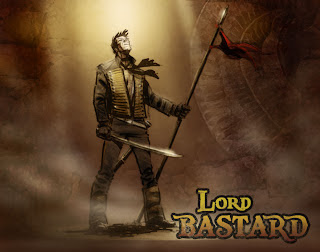 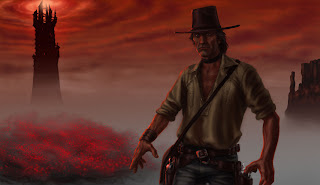 Almost there - just have to do the gun belts and whatever final touches the image needs as a whole: 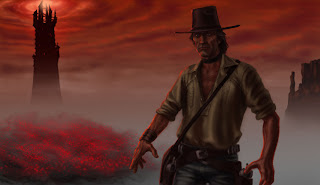 I also went back and added tags to all of the older posts to make them easier to search.
Posted by Pav at 10:25 PM No comments: