Only The Shadow Knows 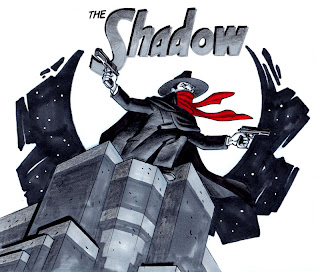 Just a quick Jonah Hex after reading some of the recent issues drawn by Jordi Bernet: 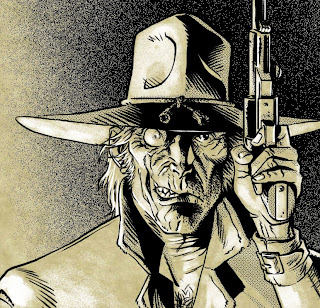 I've had a very hectic couple of weeks, so I haven't done a lot of work on the Lord Bastard project. That's not to say that I haven't been thinking about it a lot - I'm finally to a point with the story and characters where I can see things playing out like a movie in my mind. The characters are coming to life and the whole thing is starting to have its own 'feel'. On paper, I'm behind where I want to be with the project, but I feel good about where it's going.

I took some time last night to loosely concept an idea for a scene I've been kicking around: 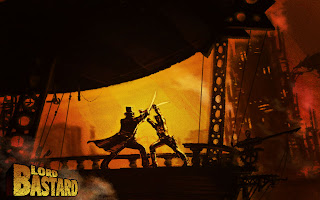 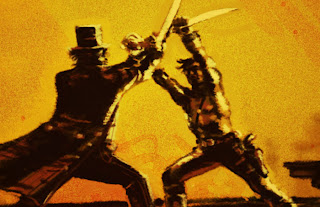 One of my most cherished possessions is an old copy of Prevue magazine from the late 70's that had a big pull out poster of concept art that Jim Steranko did for Raiders of the Lost Ark. I love the rugged feeling he gave the paintings and the warm tones he used to give the desert a romantic, pulpy feel. This is my lame attempt at capturing that same feeling.
Posted by Pav at 1:07 PM No comments:

I'm going to see The Watchmen tomorrow with a group from work, so I drew a quick Dr. Manhattan today.

The movie looks like it's going to have some amazing visuals. The shots in the trailer where Dr. Manhattan & the Comedian are in Viet Nam always catch my eye because it looks like they dropped them right in the middle of 'Apocalypse Now'. I'm also looking forward to the flashbacks to the original Minutemen back in the 40's & 50's. That's probably the closest thing to a big budget Golden Age superhero movie that we'll ever get: 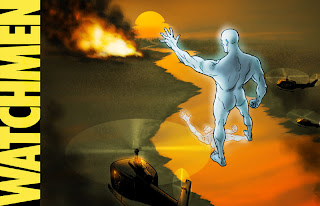