I haven't been doing much drawing for fun lately, so I looked around online for some sketch challenges to try. James Gurney, of Dinotopia fame, posts a random phrase from old sci-fi books every week on his blog as an exercise for his readers to illustrate. This week's quote was, "the old man felt a tendril of anger rising." My quick take on it: 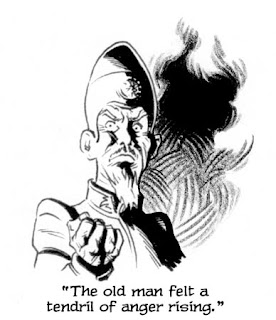 The sketches don't have to be drawn in any sort of genre style, but I'm a sucker for old pulpy sci-fi.
Posted by Pav at 8:12 AM No comments:

I've been busy recently and have spent most of my free time working on the outline for the story, but I had a chance to do some drawing last night: 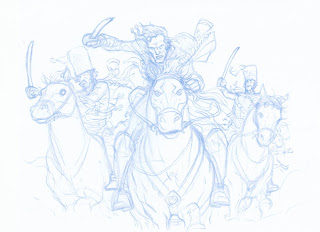 Since I was just doodling, I didn't bother with any reference, and so the horses are pretty goofy looking.
Posted by Pav at 12:37 PM 1 comment:

I'm still playing around with style & technique. I found a still from the Ten Commandments and decided to try and break it down and do a study of it. I like it because it has strong but simple lighting and color and a nice sense of depth with a very loosely defined background: 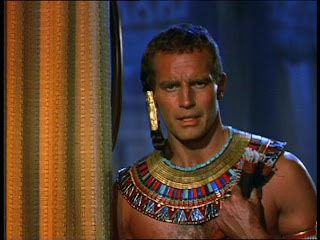 I wanted to see how it broke down in terms of tone and how I might interpret it in black & white, so I desaturated it and pushed the contrast until I had something I could study: 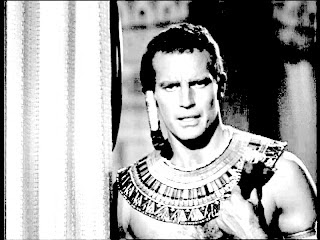 Using pens and a black colored pencil I made this drawing, trying to further simplify the values and avoid any line work that would make it look to overworked or overdrawn (like feathering or cross hatching.) I like the way the colored pencil comes through in the scan - it holds it tone and gives the drawing some organic texture: 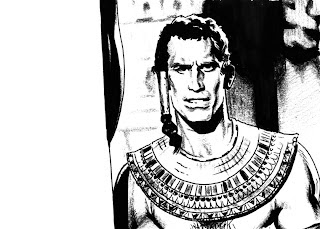 Once I had that scanned in, I colored it using as few colors as possible. The colors I chose had to be a little bit darker and less saturated that the colors from the photo since I was working within a narrower range of values. I learned a lot about using saturation as well as value to define lights and darks. There are only about 4 basic colors, but lots of variation in saturation and tone to create variety: 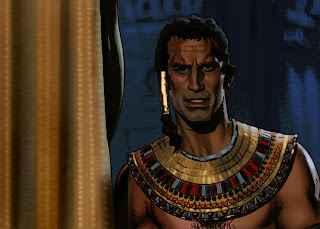 Am I wasting my time? Maybe. I'm sure a lot of artists a lot smarter than I am can figure this stuff out without going through all of this effort, but I want to push my drawing style and make it simpler yet more sophisticated at the same time. I know it's a fool's errand to chase after someone as talented as Alex Toth, but my instincts tell me that that's the direction I need to go in.
Posted by Pav at 5:54 PM No comments: