I started this blog last year right around Halloween and my first posts were all monsters of some sort. Since I'm holding back on posting anything related to the graphic novel I'm trying to get going I haven't had a lot to post, but I wanted to do something special for Halloween. I've had an idea for a short Solomon Kane story in my head for a while, so I thought I'd do something with that. Here's the first panel: 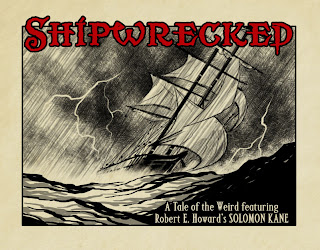 For the sake of trying something new, I'm doing the whole thing digitally and I'm messing around with making custom brushes to achieve some of the pen & ink techniques of the old E.C. horror comics.

My goal is to have the whole thing done by Halloween - we'll see how that goes.
Posted by Pav at 8:41 PM No comments:

I've been reading a book about the history of the pulp novels - it's got chapters on all of the usual characters, like The Shadow and Doc Savage, but it also talks about some of the forgotten heroes. Most of them are forgotten because they were either cheap knock-offs or just plain schlock, but a few sounded pretty interesting, like Operator 5.

The premise of the stories is that an invading army rolls through the US in the early 30's and locks the country down under martial rule. The military is destroyed, the government is dissolved (the president shoots himself), and the only hope for salvation is a small band of freedom fighters led by Operator 5, the last remaining government agent.

Like a lot of the pulps, these stories were a weird mish-mash of current events, future speculation and crazy sci-fi which lead to some very strange ideas and imagery. Operator 5, the wholesome hero, wore the death's head skull as his symbol (pre-dating the SS), blew up buildings and bridges and regularly used his girlfriend as bait for enemy. I guess they didn't call it hard boiled action for nothing: 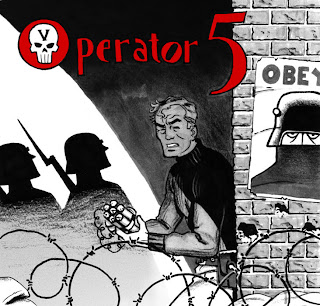 I'm still working on the beginnings of a graphic novel, slowly but surely, but I've decided to keep it under wraps for a while. I'm wrestling with the story right now, with art as a secondary concern, and with things changing from day to day (for the better I hope) I think it's counterproductive to start showing anything more yet. Just a last few doodles for now: 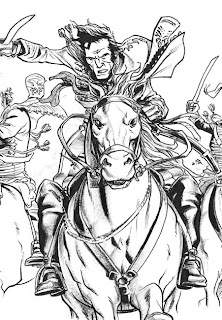 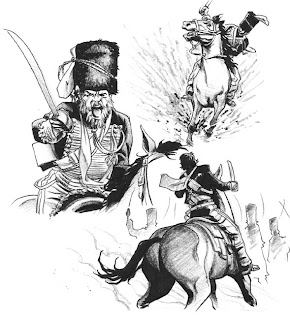 From the Penciljack forums - illustration based on "the day 15 year old Danny Moore discovered he could levitate objects": 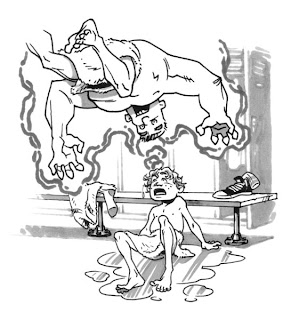